It had been two years since my maiden trip to Wayne Kirch. I had wanted to return last year, but the weather and timing never got in synch. In 2005 I had limited success in very cold, windy weather. On that trip I had one good strike from a strong trout that I lost before bringing it to hand, so I knew there were good-sized trout in Cold Springs.

My concern about Cold Springs is the wind. Wind not only makes casting difficult, but float tubing becomes arduous work that can overshadow the joy of fishing. I had arranged to take Thursday and Friday off, and I was watching the weather patterns to decide at the last possible minute my fishing destination. The Internet weather stations predicted Thursday as the best shot, so I decided to fish Wayne Kirch on Thursday, returning from the day-trip to spend Friday with Denise (it’s always nice to spend the day with her while the kids are in school).

Thursday’s weather was better than predicted. I arrived at the reservoir around 10:00 am and the air temperature was 52°, but it warmed to about 60° by 4:30 pm. The water temperature seemed a little warm, and the winds occasionally gusted to 10 mph. There were just a few folks fishing off the reservoir dam, but there were no other boaters or float-tubers. I had the lake to myself, and I launched into the water as quick as I could.

Right off the bat I hooked and landed a nice fourteen-inch rainbow. Then, within a few casts, I was into a healthy sixteen-inch male rainbow sporting the beginnings of the male-signature kyped jaw. I think I landed eight trout in the first forty-five minutes of fishing. The largest was close to eighteen inches. They were all caught within sixty feet of the weeds along the southeastern shoreline. As the day warmed it seemed like the trout got a little smaller. The reservoir was recently stocked and I caught my fair share of ten-inch trout.

Special treats, because of their novelty, were the five bass I also hooked. The reservoirs at Wayne Kirch are known for their summer bass fishing, and the warming water temperature was making them more active. They did not jump like the rainbows, but they fought very hard for their size.﻿﻿

All in all, this trip produced some of the most frenzied fishing I’ve ever experienced. In five hours I hooked into thirty-five trout of which I brought twenty-eight to hand (I left my landing net at home). Adding to that the five bass I “accidentally” hooked (three of which I landed) brought the day’s total to forty fish hooked/played and thirty-one landed. That calculates to 6.2 fish landed per hour, or one fish every ten minutes. Towards the end of the day it was getting slightly boring (not really), but the bass added a little newness as the water temperature warmed at the end of the day.

Although I may have taken the fishing for granted as the day wore on, the wildlife attracted by Wayne Kirch is always a treat all by itself. I noted several different species of duck, and of course geese. There were heron and egrets, and a lost pelican, too. Birds of prey and turkey vultures were also present. In fact, I noted three or four trout had some scarring or wounds on their backs and sides, and I wondered if they had escaped attacks by the egrets and herons that were prowling the shorelines.

On the way out of the refuge I ran into an older Japanese couple trying to fish off the Adams-McGill Reservoir dam. The man was fishing a casting rod with a fly suspended from a bobber. His wife was very nervous, and wanted him to go to Cold Springs because I had such fortunate luck there (I didn’t have the heart to tell her about the advantage of mobility provided by the float tube). I wished them luck and hit the highway.
﻿

Just as I entered Key Pitman on highway 318, I ran into a family in distress. A man, his wife, daughter, mother-in-law, and dog were on their way to Las Vegas and Arizona for a vacation. He was an emergency room physician from Portland, Oregon. He had run out of gas, and his Polish wife was giving him fits over it. Upon seeing the whole family I decided it was safe to stop and offer assistance. I drove him into Alamo to buy three gallons of gas. It felt good to trust a stranger enough to offer assistance, particularly since his wife was really annoyed he had not recognized there was no gas in the hundred-mile stretch between Lund and Alamo. Oh, well, we’ve all done stupid things in our life, haven’t we?
﻿

I think you need to add a few new locations, the site is stale, and for sure need some new friends.......

But your kids are great, your wife a saint and the pics of the fish are cool... why no rock climbing shots?

I just stumbled onto your blog. Very nice. I have an a Las Vegas Native and grew up fishing Sunnyside but havn't been their in about 7 years but plan to start going again. I have a question that you may be able to answer. Do you know if you can have a horse trailer in the camp groungs?
My wife and I have a horse trailer with living quarters and I thought it would be great if she could go riding while I was doing some float tubing. Thanks in advance.
Randall Bruce. You can contact me @ Nlvbassin@aol.com

California Delta Stripers and Other Stories 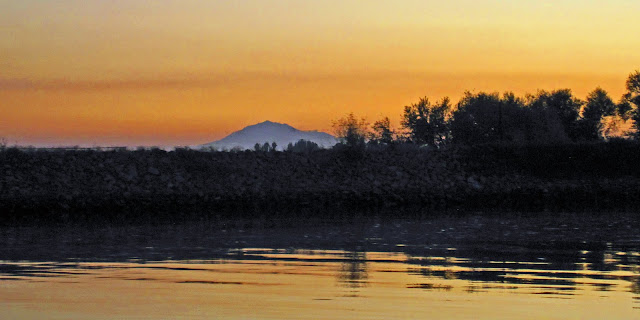